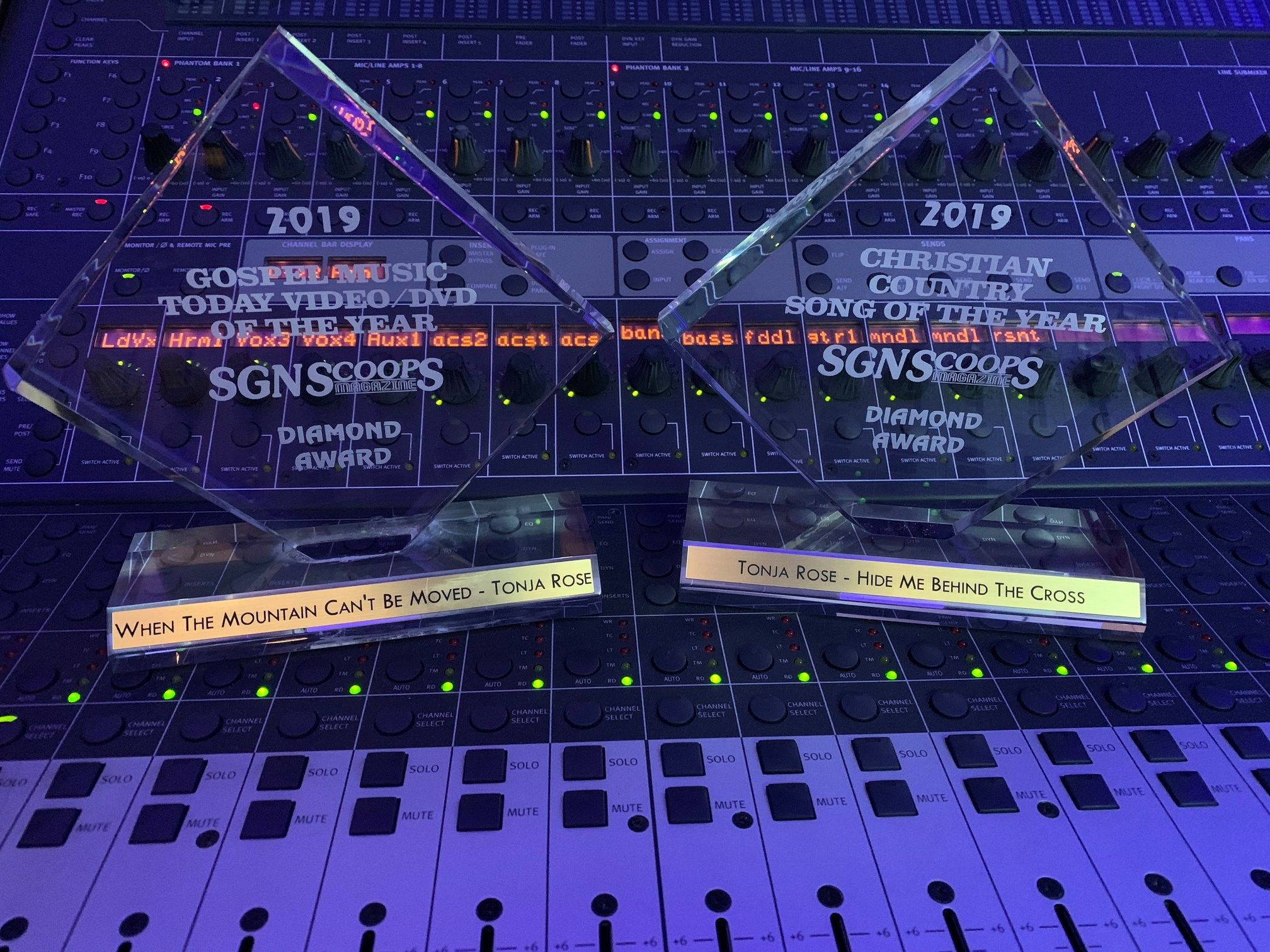 Tonja Rose was blessed to win 2 Diamond Awards at the Creekside Gospel Music Convention in Pigeon Forge, TN  With 5 nominations Tonja feels blessed just to be nominated with some of the greats in the business and that her music is touching those who hear it enough for them to vote for her in these fan voted awards put on by SGN Scoops Magazine

She won for the following catagories.

You can listen to Tonja Rose’s music on your favorite streaming service: Streaming Links